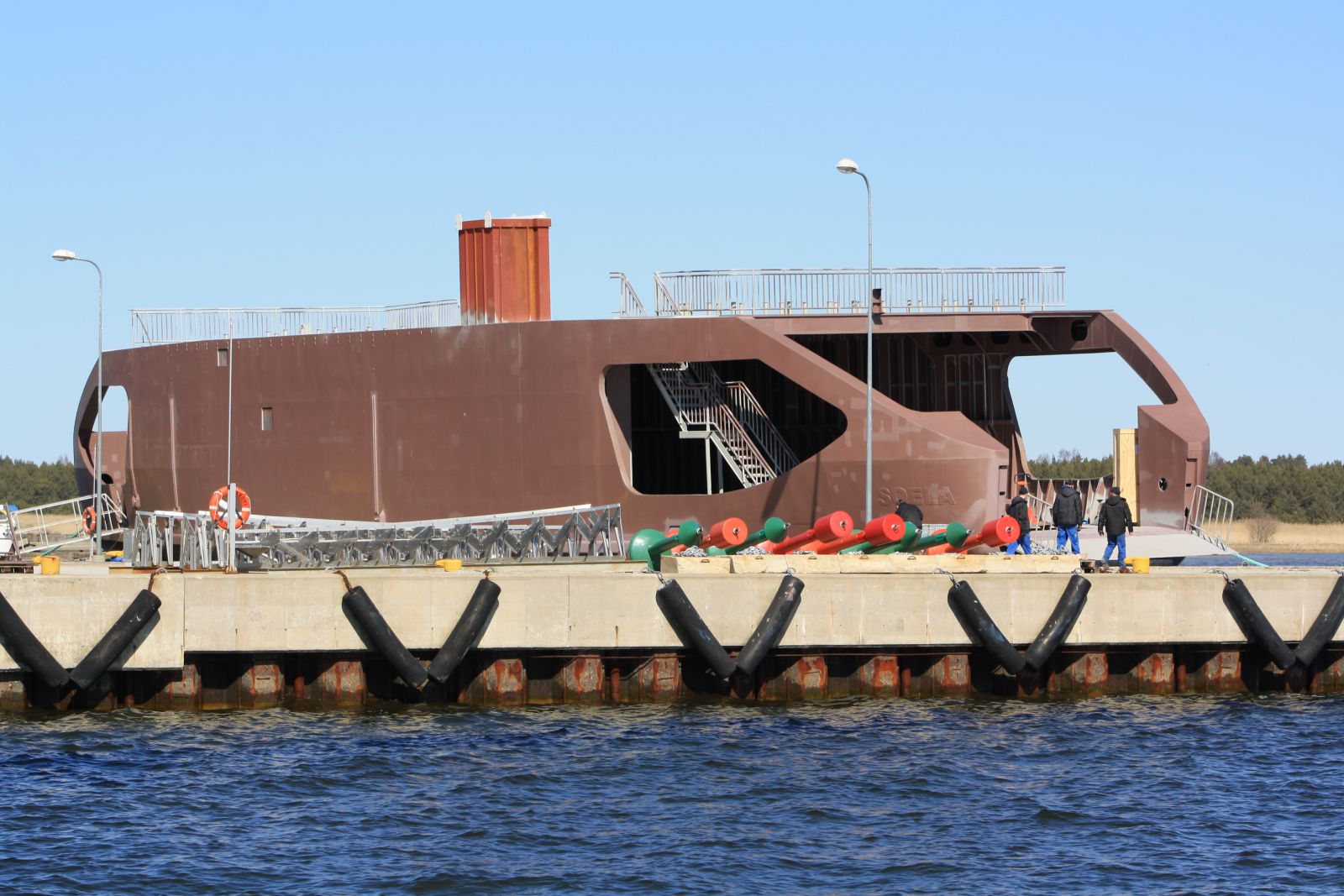 Hull of Soela, the 3rd of our very own design 45-metre ice-class ferry series for Estonian Maritime Administration, has been launched and the vessel is now pier-side of our Nasva yard for mounting of superstructure and installation of onboard equipment.

She’s a sistership to Ormsö and Kihnu Virve, both already in service since 2015. While Ormsö is operating in between mainland Estonia and Vormsi island and Kihnu Virve is connecting the mainland with Kihnu island, Soela will be used in between two of Estonia’s biggest islands, Saaremaa and Hiiumaa.

As her older sisters Soela has a capacity of carrying up to 200 passengers as well as 32 cars or two 45-ton trucks, while her crew is only 6 persons. The ferries are designed and built specifically for the shallow waters of Western-Estonian archipelago with the maximum draft only 2,7 meters. Special attention is also paid on ice-going capacity so she is built according to Russian Maritime Register of Shipping rules and has Arc4 ice class, which is comparable to Finnish/Swedish 1A ice class.

Soela will be powered by twin MTU 8V4000M63 engines each producing 1000kW of power at 1800 rpm which propel Rolls-Royce US-155 FP azimuth thrusters. This powertrain allows the vessel to maintain an operating speed of 15 knots in calm water and 3 knots in 45 cm solid ice. Two Volvo Penta D9MG 184 kWe generators are installed to provide additional onboard power.