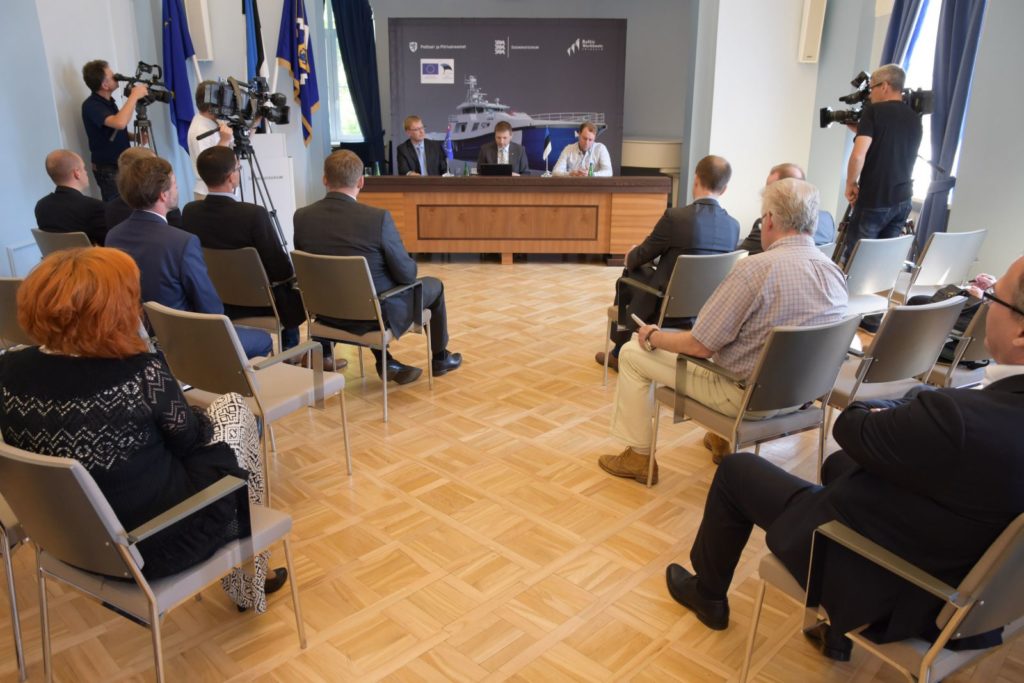 The vessel will be operated by Estonia’s Police and Border Guard Board and designed primarily to combat pollution, as well as provide offshore patrol, search and rescue, firefighting and hydrographic tasks, including the capability to lift, transport and launch buoys.

Tauno Tuisk, Deputy Director of the Estonian Police and Border Guard Board Board, added that the new ship is an important investment for keeping Estonian waters clean and safe. He added: “In case of a pollution, it is critical to react and reach the polluted area as quickly as possible. With the new vessel, the focus has been on speed and seaworthiness.”

Margus Vanaselja, CEO of Baltic Workboats, explained that the new vessel has strong export potential and can open new market segments for the company. He said: “This modern, highly capable vessel will not only perform a vital role for Estonia but also enable Baltic Workboats to expand its export potential and reach new customers around the world.”

The vessel will be between 42 and 45 metres in length, depending on the final design. She will top the Baltic Workboats’ already impressive range of high-speed wave-piercing all-weather vessels. The ship will be equipped with cutting -edge new technology, such as a 9.2 GHz radar that can detect marine pollution, even from afar in rough seas, as well as locate a person floating on the surface of the water from five nautical miles away.

The vessel will also have side-scan sonar to monitor water quality below the surface and scan the seabed, which will enable it to observe pipelines and detect pollution from shipwrecks.

The vessel can respond fast in an emergency due to her twin MTU 16V4000 marine engines, which can propel it to 25 knots, while economic cruising speed is designed to be between 10 and 16 knots with a minimum range of 2500 nautical miles.

On arrival at the scene of an oil spill, the vessel will deploy advanced oil spill response equipment, including skimmers and booms to contain and clear up the pollution. In the event of a rescue or special operation, the vessel can also deploy its 7 metre workboat and RescueRunner boat.

The vessel will be designed to regularly operate with a crew of 10 people, although 18 can be accommodated onboard when a larger crew is required for week-long missions.

Baltic Workboats will now work closely with the Estonian Police and Border Guard Board to complete the final design stage for the vessel, which will include model testing and the agreement of final specifications.

Baltic Workboats is an Estonian shipyard that designs, builds and delivers a wide variety of aluminum and steel vessels from pilot and patrol boats to ferries and research ships. The yard’s turnover in 2015 was 23 million Euros and there are currently vessels under construction for customers in Estonia, Sweden, Denmark,  and Belgium.