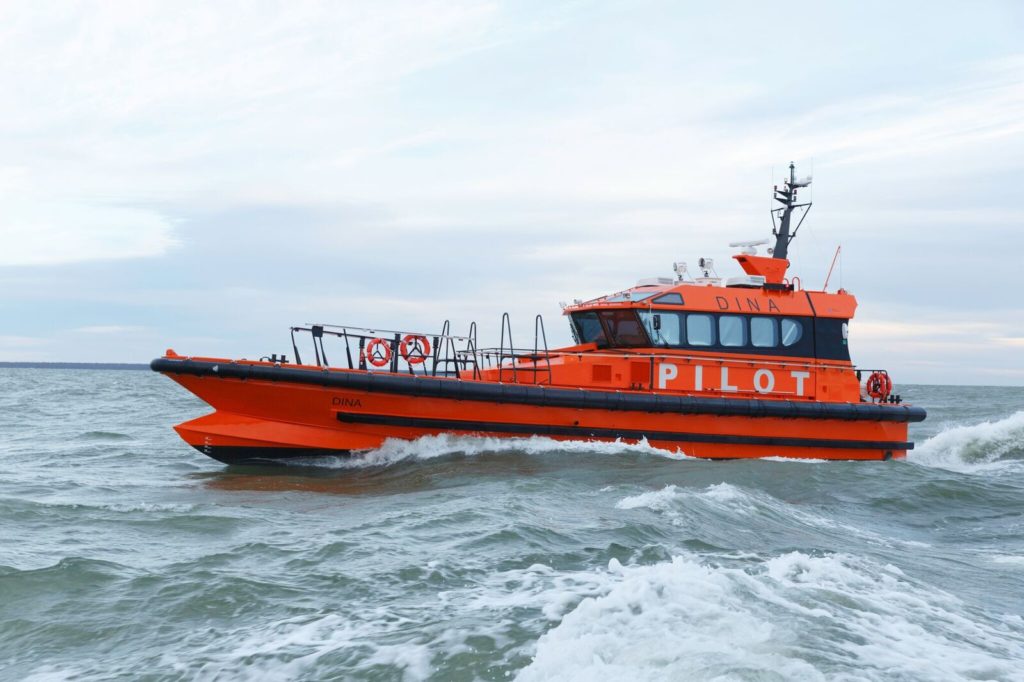 Danish state-owned pilot organization DanPilot has joined the growing list of customers who have selected our wave-piercing concept in a bid to modernise their fleet. The contract is to build 2 harsh-weather pilot boats with deliveries late this year.

The Pilot 2000 WP is Baltic Workboat’s very own design of a heavy-weather 20-metre aluminum pilot boat. Thanks to special hull design she can perform at stormy seas with significantly decreased vertical acceleration thus remarkably improving crew comfort. For winter use her hull is reinforced to withstand light ice conditions (conditions relevant to southern Baltic and Danish waters).

By picking our Pilot 2000 WP the DanPilot has chosen a modern vessel with top-of-the-segment seakeeping capability and impressive course stability for year-round operations combined with excellent fuel-efficiency – total fuel consumption is as little as 150 liters per hour at 22 knots.

The vessels for DanPilot will be powered with twin Volvo Penta D16MH main engines, each producing 478 kW at 1800 rpm, coupled with ZF665 marine gearboxes and a pair of fixed pitch propellers.

DanPilot is an independent public enterprise under the Ministry of Business and Growth of Kingdom of Denmark, with the Danish Maritime Authority as the supervising authority. DanPilot handles all pilotage through Danish territorial waters for all the transit traffic as well as for vessels entering Danish ports. The current DanPilot’s fleet consists of 32 specialized pilot boats.