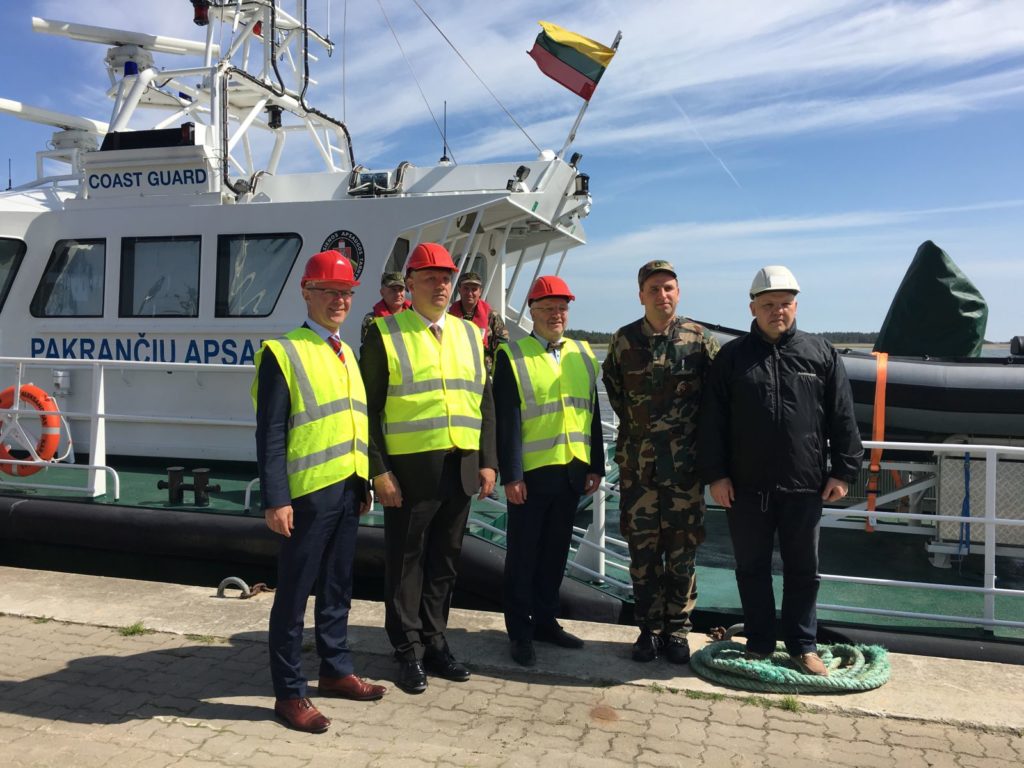 The Ministers of Defence of Estonia, Latvia and Lithuania at Baltic Workboats shipyard on May 23rd.

The Estonian Minister of Defence Hannes Hanso held a meeting on Saaremaa with Latvian Minister of Defence Raimonds Bergmanis and Lithuanian Minister of National Defence Juozas Olekas during which they also visited our shipyard. The honorable guests were greeted by our CEO Margus Vanaselja who introduced the yard’s product portfolio and production capabilities as well as ships so far built for the defense and law enforcement structures of the Baltic States and their duties.

Minister Hanso emphasized the importance of cooperation in between Lithuania, Latvia, and Estonia in development of the defense industry and presented Baltic Workboats as a positive example as we have built ships and boats for the fleets of all three Baltic States.

Mr. Vanaselja underlined the importance of state support in the development of local defense industry and it influences to companies’ export potential: “Once a product is developed for the local defense forces or navy and approved by them, it is much easier to promote and sell it elsewhere. The government should see these kinds of development projects as investments and not costs. Reference vessels are extremely important and without state’s investment in the local fleet there will not be export sales, too.”

The ministers had an opportunity to see Aleksandras Barauskas, a 26-metre patrol ship built for Lithuanian Coast Guard last year as well as other vessels currently in a build for customers in Estonia, Sweden, and Belgium.