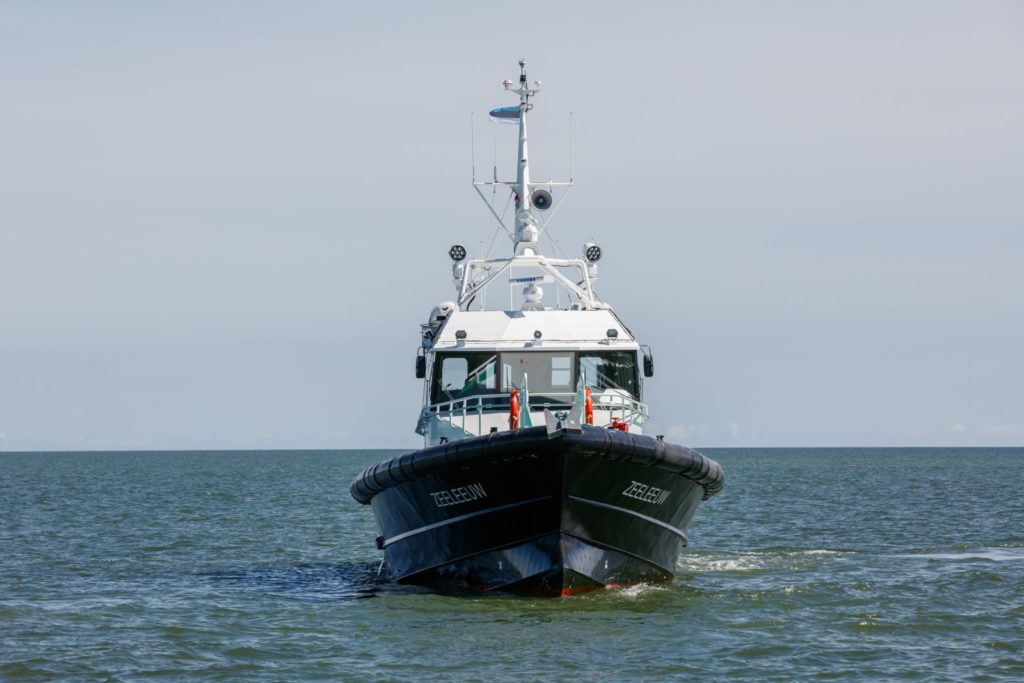 The first patrol vessel in an advanced new wave-piercing design has been completed at Baltic Workboats in Estonia.

“Zeeleeuw” (Sea lion) is a 22-metre wave-piercing aluminum vessel that will serve as a multi-function patrol boat for Belgium Customs. Her unique hull design enables high -speed travel through the most challenging sea conditions.

The delivery of Zeeleeuw marks the successful expansion of Baltic Workboats’ product range and could open up further export opportunities for the company.

Jüri Taal, Sales Director at Baltic Workboats, said: “The design and build of Zeeleeuw is an important step for Baltic Workboats. She demonstrates the advanced expertise of our workforce and the growing capabilities of our yard. We believe she will be the first of many patrol craft in our series of wave-piercing vessels”.

The new type of vessel for Baltic Workboats is named Patrol 2200 WP and can be tailored to the unique requirements of customers around the world.

It has an overall length of 21.97 metres, a maximum beam of 6.40 metres and a draft not exceeding 1.75 metres. The displacement at full load is approximately 40 tonnes, including 3000 litres of fuel, 500 litres of water and waste, and a 300 litre bilge water tank.

The vessel’s innovative design includes a central wheelhouse so that a 5 metre rigid inflatable boat (RIB) can be launched from the aft ramp at speeds of up to 8 knots. There is also an underdeck messroom with a pantry and wc/shower room.

Noise levels have also been reduced for those working onboard. The maximum noise recorded in the wheelhouse was 62 dBA at full speed and 60-61 dBA at speeds between 19 and 21 knots.

The vessel is highly fuel-efficient and consumes only 133 litres per hour at a standard patrol speed of 20 knots.

Zeeleeuw is well equipped for her future requirements with Belgium Customs. This includes the installation of two radars – Simrad ARGUS radar for sea use and a special Furuno river radar. Both are viable on twin 24” widescreen displays also used for ECDIS. She also has a special office corner for the Customs procedures and a variety of rescue equipment for saving lives at sea. 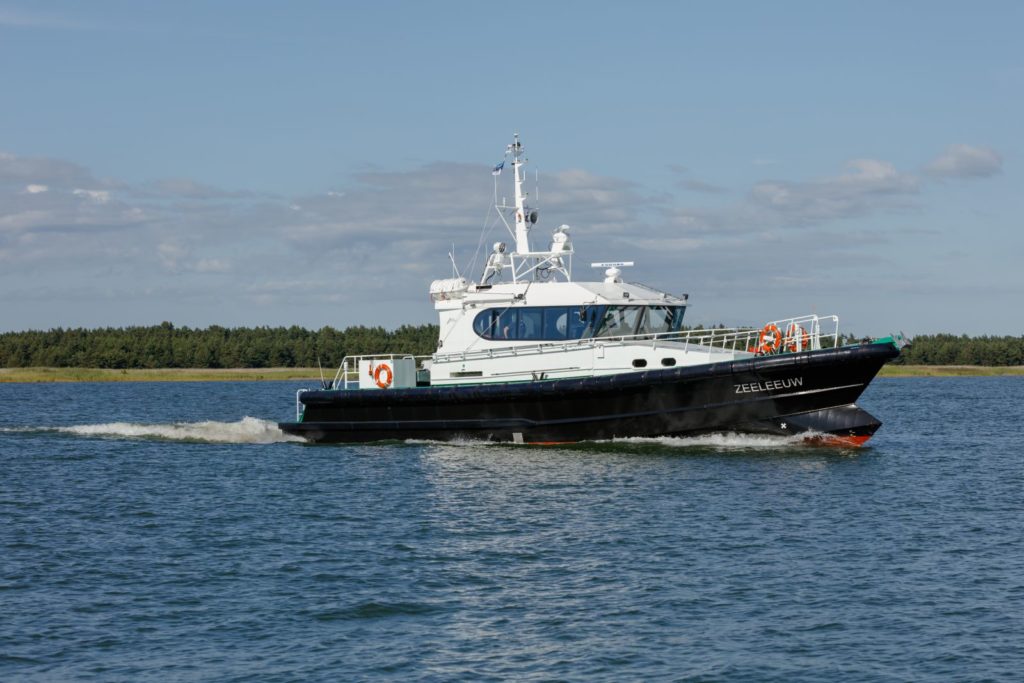